In Japan, the Mazda CX-3 will have a 1.5-liter engine with 110 hp as an option to the more powerful 2.0-liter SkyActiv-G that we know in Mexico.

Mazda has slightly updated the CX-3 range in Japan with the arrival of a new engine and with the Polymetal Gray color that has been so well received in the Mazda3. In addition to the 2.0-liter SkyActiv-G gasoline engines and the 1.8-liter diesel SkyActiv-D with which it is sold worldwide, the block of the smaller Mazda2 is now incorporated, with which it shares the platform and others components.

It does not necessarily mean that we will have it in our country, but we do believe that it would be an interesting addition to the range because it would allow the CX-3 to have an access version in the heart of the small SUV segment for less than 350 thousand pesos , as it currently starts above 360 ​​thousand with the largest block and 148 hp. In fact, the CX-3 is one of the few that uses the engine of a compact and not a subcompact as the norm of the segment, since products such as the Nissan Kicks, Hyundai Creta, Kia Soul, Suzuki Vitara, Ford Ecosport and VW T-Cross have 1.6-liter engines. In this way, the smaller engine would not leave it at a disadvantage, but rather it would match its rivals as it is currently one of the most powerful in its category.

The new engine, which is also used in the Mazda MX-5 in Japan and Europe, delivers 110 hp and 106 lb.-ft. of torque and is mated to a six-speed automatic transmission. Unlike other engines in the segment, the 1.5-liter SkyActiv-G stands out for having an unusually high compression ratio, which allows it to increase thermal efficiency and reduce fuel consumption, as well as being directly linked to the delivery of torque to low regimes. The CX-3 is more efficient with this engine compared to the 2.0, as it is homologated at 17 km / l in the WLTP cycle.

Putting the new impeller aside, the Polymetal Gray color that debuted on the new Mazda3 and CX-30 and has already reached the MX-5 is added to the range. It also has new generation seats and will be launched in Japan on June 4. 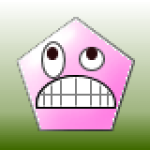