It shouldn’t come as a surprise that many males have pondered the possibility of starring in their very own sexy movie, considering how much they like watching pornographic content. These reflections are more than just a mindless diversion for some people. What are the qualifications for success in the porn business, other than an unquenchable need to have sexual encounters and a willingness to expose oneself in front of the camera? Is it really essential to have a huge penis, or would a penis that is extremely firm and visually beautiful suffice? In the instance of Andy Lee, having a huge penis proved to be advantageous.

It is quite irritating that people have the perception that the profession is extremely violent and that pornographic performers do not agree with things. Andy claims that most people miss the portion at the beginning when someone offers their agreement and the bit at the end when people agree that they agreed to it and that it was OK. He also claims that most people miss the part at the end where people agree that it was fine. The majority of individuals are unaware that this phenomenon takes place. You will always have a permission form, and major studios will often have an interview with you both before and after shooting to go through the scene and make sure you are comfortable with what you are about to do, particularly if you are going to be conducting kink-related activities.

Fact: People are kind and caring on the set

Andy says that all of the actors and staff members on set are really kind and attentive to one another. However, he does acknowledge that there is a risk of consent breaches on set, just as there is a risk of them anywhere else. It is impossible to live in this world without encountering folks who are crap, at least sometimes. However, in general, people are really kind, and they are concerned about your well-being because they don’t want someone to leave the set dissatisfied with them because of anything you did. Simply put, that’s not good for the company’s bottom line. 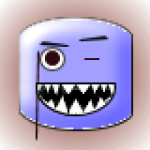