Huawei has publically displayed tablets, laptops, and smartwatches, which will be the first to make use of its alternative operating system to Android, Harmony OS. 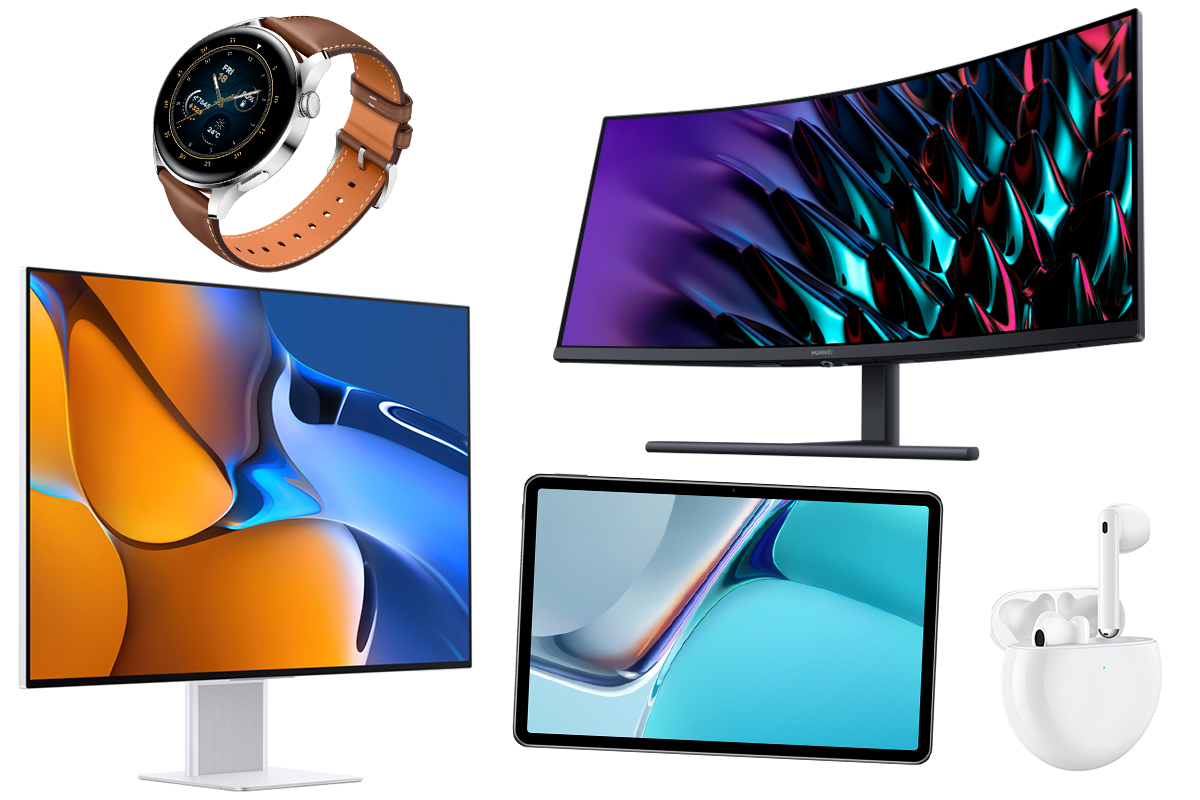 Huawei has presented the arrival to the Spanish market of its new products with its new alternative operating system to Android, HarmonyOS, including the Huawei Watch 3 watches, which will arrive in Spain on June 24, and the next day their first smart screens for users in the Spanish market: Smart Vision S.

This was announced by the Chinese company in a hybrid event held this Thursday from its flagship store on Madrid’s Gran Vía, where the CEO of Huawei Consumer Spain, Fred Wang, celebrated the arrival of the “new flagships in Spain “with HarmonyOS, a system developed by the company after the veto established by the United States in mid-2019, which has prevented it from using Google’s mobile services since then.

“Huawei started working on HarmonyOS in 2016,” according to Wang. The US veto “has accelerated the development” of the operating system, but the company has gone to great lengths to explain that it is not just a consequence of it and that it seeks to benefit the interconnection of end users.

The Chinese brand has claimed HarmonyOS to connect devices with an Internet connection and different operating systems, especially with Internet of Things (IoT) devices, as explained at the global presentation event for users version 2.0 of HarmonyOS held this Wednesday.

HarmonyOS 2.0 is built on three pillars: ‘distributed virtual bus’, for connecting devices at the system level, ‘distributed data management’ for data management, and ‘distributed security’ for security. It can work on devices with a minimum of 128KB, and with a maximum of more than 4GB for products such as tablets.

“Our commitment to Europe remains firm, we intend to remain here,” said Ramiro Larragán, marketing director of Huawei Consumption Spain, who highlighted data such as the 13,000 employees of the brand in Europe in 2020 and the 23 centers of research and development on the continent.

Harmony OS uses Huawei’s mobile services, and on its App Gallery platform it already has more than 134,000 applications, as well as 2.7 million developers registered in its ecosystem around the world.

The Huawei Watch 3 smartwatch is the brand’s first major model since 2017, and marks the debut of the HarmonyOS system in this category, with which users can download apps from the App Gallery.

Huawei Watch 3 offers a circular crown for navigation and also has haptic feedback, and its functions are completed with the detection of falls or new sensors for continuous capillary temperature measurement. Its 450 mAh battery has three days of autonomy, with 14 days in power saving mode.

The brand has also presented the Watch 3 Pro model made of titanium, sapphire crystal and ceramic, as well as a 750 mAh battery with four days of autonomy that reaches 21 days with saving mode. The dual GPS signal allows the device to have two satellite signals at the same time, such as GPS and Galileo.

Huawei’s Watch 3 can be reserved from this Thursday until its launch on June 24, as the brand has stated during its event, and will have three versions.

The first, Watch 3 Active, has a black ceramic dial for a price of 369 euros: the second, Classic, with a steel dial, will be sold at 399 euros; while the third, Watch 3 Elite, with a dial and steel mail, will cost 449 euros.

Watch 3 Pro has a classic model for 499 euros and another Elite, for 599 euros. It can also be reserved from this Thursday until its launch in Spain on June 24.

Huawei has added to its catalog in Spain for the first time a new category of product similar to televisions that it has called “smart screen”, with the presentation of the Huawei Smart Vision S model, which also works with the HarmonyOS system, which allows you to view content with mobile devices with Android system.

This device has models with sizes of 65 and 55 inches, with 4K screen and 13MP rotating camera on the top to make video calls. It has 3GB of RAM and 32GB of storage.

Its screen has a refresh rate of 120Hz, Bluetooth 5.1, its own processor, four speakers that adjust the sound according to the ambient noise and six microphones to give commands to the company’s voice assistant Celia up to five meters away. The Huawei Vision ‘app’, meanwhile, includes a mirror mode for remote control from the mobile.

It has the Atresplayer ‘app’ pre-installed and the company hopes to soon add other apps such as Movistar’s, as well as include Fire TV.

Smart Vision S can be booked in Spain from June 10 on the company’s official website, with a launch set on June 25. It can be purchased in its 55-inch version for 799 euros and the 65-inch version for 999 euros.

Another product featured at their event on Wednesday and featured at the local show is the new FreeBuds 4 wireless noise-canceling headphones, featuring a 14.3mm driver, a 50 percent improvement in bass and noise cancellation. active noise of 25 decibels.

The new FreeBuds 4 will go on sale in Spain on June 24 in two versions, one with cable charging for 149 euros in white and silver, and another with wireless charging for 169 euros, only in the silver version.

Huawei has also presented its new family of MatePad 11 tablets, the first with the HarmonyOS system, although its launch in Spain is not yet defined.

The standard model is powered by Qualcomm’s Snapdragon 865 processor and has four speakers from the specialty brand Harman Kardon. The MatePad 11 Pro model is also added.

Huawei MateView, announced at the global event on Wednesday, has also appeared at the company’s presentation in Spain, although without launch dates or prices at the moment.

Standard MateView marks Huawei’s entry into the monitor market and has a 4K display design with over 1 billion colors and 3: 2 image ratio that allows up to four applications to be opened at the same time, as well as a USB port for connection and charging simultaneously.

For its part, the ‘gaming’ MateView GT model has a 34-inch screen, with 1,500R curvature and 165 hertz refresh rate, as well as 4 milliseconds of response time.